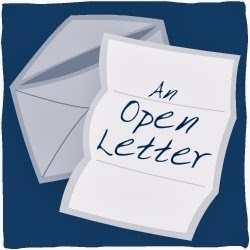 We put on our tunes and jog it out or simply delight in The Lord’s work and tune out the world.  We are alone with our thoughts.

Honestly I never thought of running as fun or as therapeutic!  Running was simply a way to eat more of the foods I love.  I realize this is shocking because most real runners do it for “the love” of it.  I was - at best - a fair weather jogger.

In Houston, Texas, there are often more days to blow off the run than not.  Mainly it’s too hot, too humid, too cold, too something.  I usually could find a reason not to go!

I really had no love of it until I joined a running club.

My husband signed me up for a half marathon two years ago.  I was NOT interested in this at all but my love for him made me commit.

At the time my longest “jog” - to call it running is an insult to running - was about 2.5 miles.

When I joined the club, they had a plan for me to get me ready for the big race.

Keep in mind this was August - in Texas.

The thought of running in 98-102 degree weather was not even on my radar screen; however, I made a commitment to the group that I would show up and so I did.

Everyone was so nice and there were so many different people and personality types this always made for an interesting time.

Week after week you get to know them and before you know it you know absolutely everything about them.

I’ll admit I’ve run with many people for many miles and three steps into it I’ve forgotten their name.

However, I never forget their stories.  This is when running became fun -- and I finished my first half marathon, which was a huge victory.

This year, I joined a group to take my running to the next level.

That sounds much more serious than it is since my goals are quite simply to finish in a good (not great) time.

My coach, Bill, is awesome.

He is the greatest encourager and sees the talent in every runner.

He celebrates the smallest victories even when I don’t see them as such.

He is not only kind, he’s gentle.

He prods in a way that doesn’t demean or belittle.

He understands the small technicalities that can hinder us even when I don’t see it or usually don’t understand the mechanics of it.  I often joke with him, “pretend” I have no idea what you are talking about because I probably don’t have any clue.

He taught me the etiquette of the track which, by the way, carries over into everyday life.

Runners, although competitive, are generally very kind and encouraging.

I love to get accolades from Coach Bill and they come in many forms.

My absolute favorite is when he stops his watch when we run by and says “Wow!”

You can’t help but smile.

It’s not a “Wow, you’re an Olympic athlete.”  It’s “Wow, you are improving and I’m noticing your efforts.”  Thanks Bill!

Running partners come and go when you run in a group.  It’s hard to find someone who is your pace and stays there.  As I mentioned I’m not the fastest runner in the world and finding someone who is my pace from mile 1 to mile 13 has been difficult.

My partner Llana is amazing.  We encourage each other, that’s for sure.

I can tell you right now that if she weren’t there it would be more difficult to show up when it’s 100 degrees or 30 degrees.  The extremes take the most out of us but it’s my commitment to her that gets me there.

Llana is a great supporter, a great listener, she laughs at my jokes (they aren’t that funny), she encourages me when I’m worn out, she’s naturally faster than me so she pushes me.

She has a beautiful stride and I’ve really come to admire that as a runner.

She has made me a better runner, a faster runner and a more consistent runner.

She is a great human being and I’m blessed to have her by side mile after mile.

Thank you to the running community for being that -- a community!

My heart aches a little for those who will never know the closeness of a running club, the depth of relationships with your running partners or the smile of an encouraging coach.

All of these things made me love running!

I’m proud to say I am a runner.

(We'd say that we're proud that Debra's a Volte runner. - Editor)
Posted by Volte Endurance at 10:54 AM